You may think that the And Griffith Show and it’s successor, Mayberry RFD were just TV shows that took place in a fictional Southern town somewhere back in the 1960’s… but you’d be wrong. Actually, Andy Griffith grew up in Mount Airy, North Carolina, and it’s no coincidence that a stroll down Mount Airy’s Main Street reminds people of the town of Mayberry from the beloved TV shows. 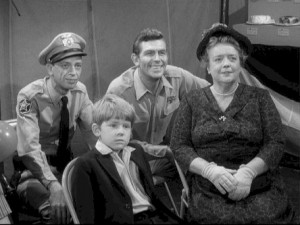 TV Guide as the 9th-best show in American television history. Though neither Griffith nor the show won awards during its eight-season run, series co-stars Knotts and Bavier accumulated a combined total of six Emmy Awards. The series spawned its own spin-off, Gomer Pyle, U.S.M.C. (1964), a sequel series, Mayberry R.F.D. (1968), and a reunion telemovie, Return to Mayberry (1986). Black and white reruns have aired on numerous networks and can still be seen on TV Land and Me-TV, while the complete series is available on DVD. All eight seasons are also available by streaming video services such as Netflix. An annual festival celebrating the show, Mayberry Days, is held each year in Griffith’s hometown of Mount Airy, North Carolina.

Mayberry’s Music Center looks and feels like it was plucked out of one the side streets from the famous TV show. (more) 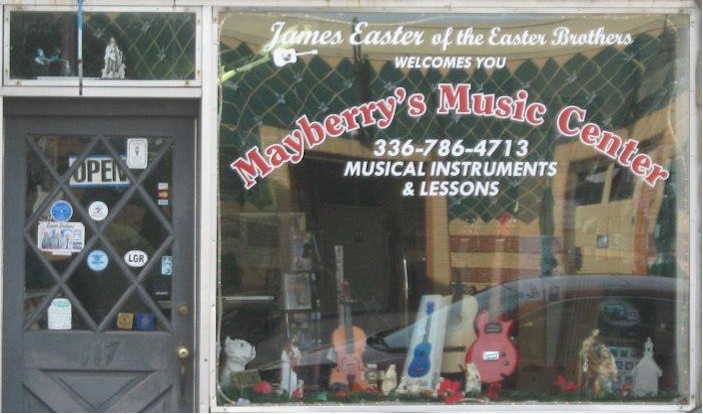